Bologna is known in Italy as la dotta, la grassa e la rossa (‘the educated, the fat and the red’).

I got to know the city, first of all, by getting a taste of its ‘fat’ reputation which refers to delicious cuisine and rich food. As recommended by Hong, I brunched at a small family restaurant called “Me Gusta” (I guess it means “Taste me”), situated at Via San Felice and just a short walk from city center. They have an extended seafood-based menu ranging from risottos, pizzas, pasta to fine dining traditional dishes, most of which are served in big portions. Bread was served with appetizers, then the seafood spaghetti plate came out, packed with clams and rich in creamy sauce. It was tasty but huge, though I had a little hard time finishing it. The price was decent, just like most of restaurants in Bologna.

An aimless walk around the red city center followed. Red was the dominating color of roofs, house walls, porticoes, building facades, towers and monuments here, and it came in various shades. It gave me a feeling of warmness inside, and familiarness. 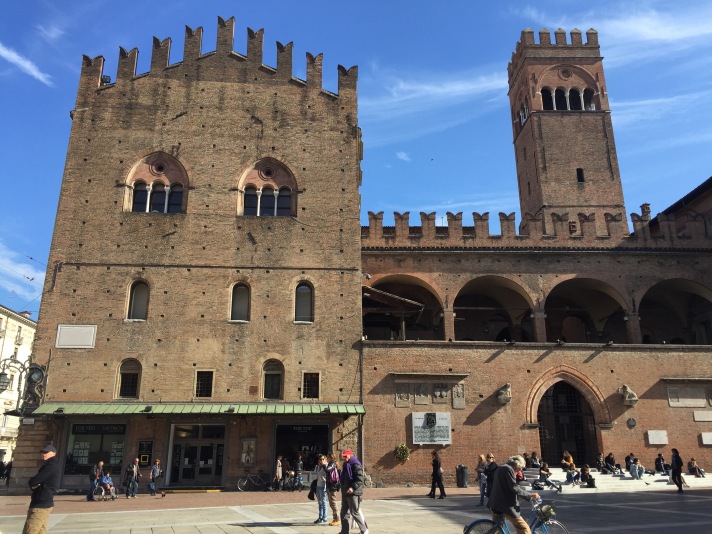 Bologna center appeared to me as a massive beautifully kept museum open to people from all walks of life. Most of the city’s popular attractions can be accessed for free. I roamed around Piazza Maggiore at the heart of the town, where people were sipping cappuccino under the sun and admired Bologna’s historic buildings. Percy, a Filipino lady (now a Bolognese) I met earlier in the bus was so kind to walk with me to San Petronio Basilica and explained stories behind the beautiful frescos inside. Later I spent some time strolling along the 3.7km portico, also the world’s longest one. Starting from Villa Spada the walk stretched till the Santuario di Madonna di San Luca appeared at the end of the portico where I was rewarded with the stunning panoramic view of Bologna from above.

A visit to Bologna would be incomplete without exploring the educated reputation of this city. Having 40 mins till the train departure, I decided to take a short bus ride to the main campus of University of Bologna, the oldest university in the Western world. From the bus stop near the main shopping streets, I marched through another long and old portico at Via Zamboni leading to a yard where students hang out in between classes. In fact it took me longer than expected to reach there, since every now and then I would to admire the architecture of historic buildings or follow the sound of an orchestra rehearsal along the way. For one moment, I could not even help myself and sneaked into a small church that eventually kept me occupied for most of the remaining time. Such a pity I missed the university’s gorgeous and fascinating anatomical theatre as well as its massive library. Bologna is an open book that has so much to tell and there’s always something more to learn. Probably it’s the true meaning of Bologna’s la dotta – the learned… 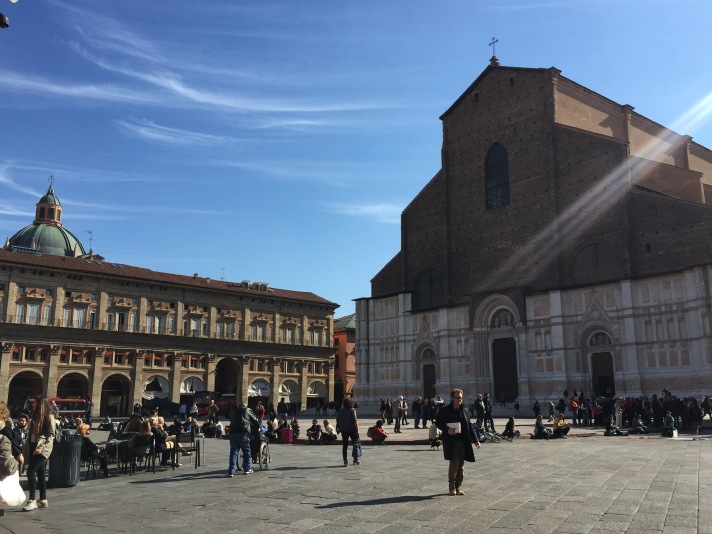 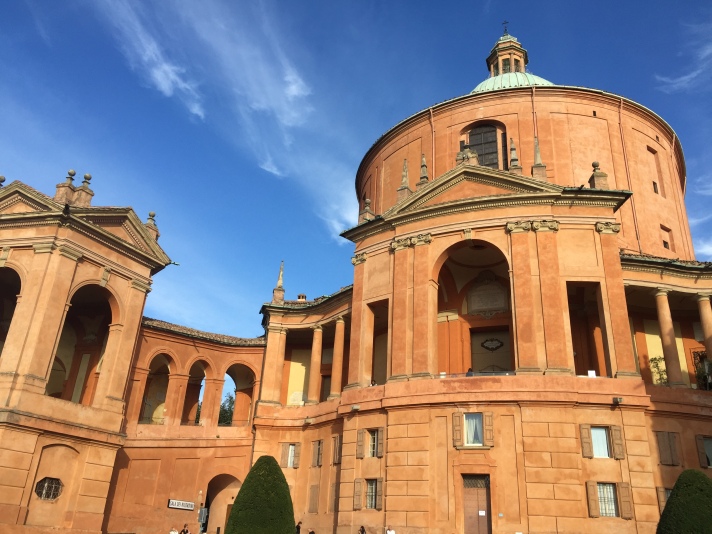