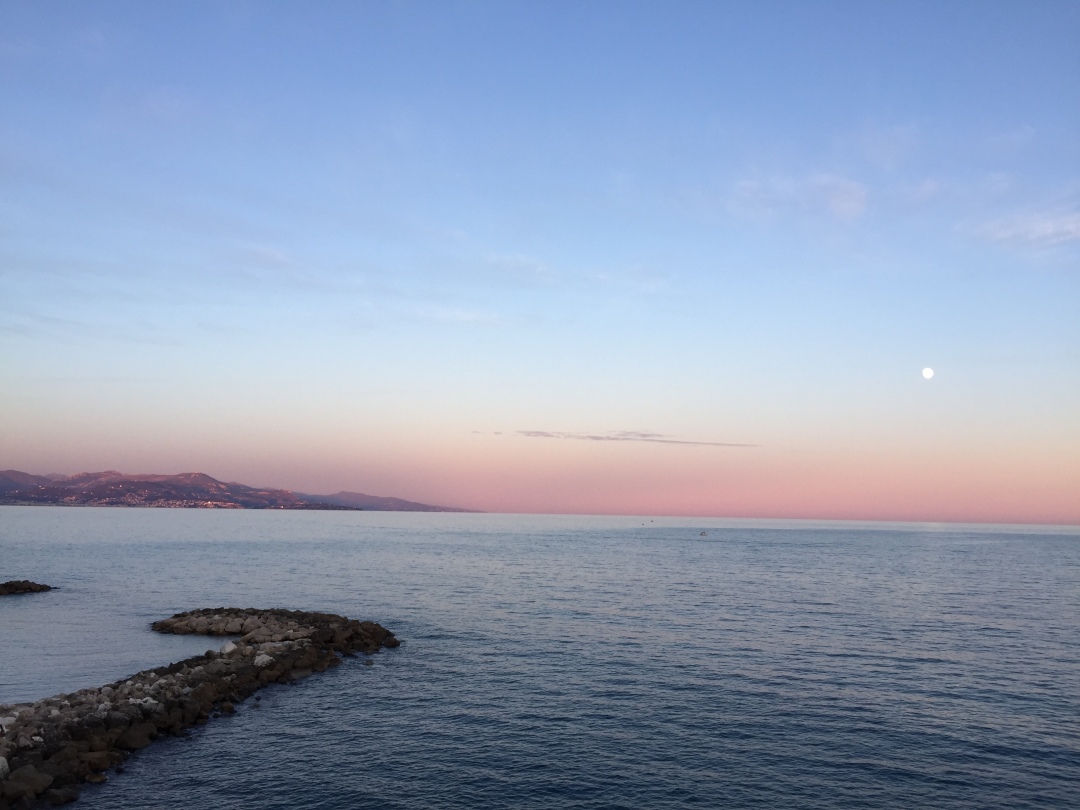 Antibes is one of France’s well-kept secrets that I’ve never heard about until a friend texted and suggested me going. “Picasso used to stay and paint there”, he said. That was all it took for me to decide.

It was Sunday afternoon when I hopped off my bus #200 at Antibes station between Cannes and Nice. Picasso museum was supposed to be closed at 6pm, so I wanted to see it before anything else. After 15 mins of rushing around the Old City I found myself in front of a beautiful Roman fort on the seaside with Picasso’s half-face portrait on the stone wall. The building was formerly Château Grimaldi which dated back to the 16th century. Obviously it’s a prime setting to honour one of the greatest artists of the 20th century… 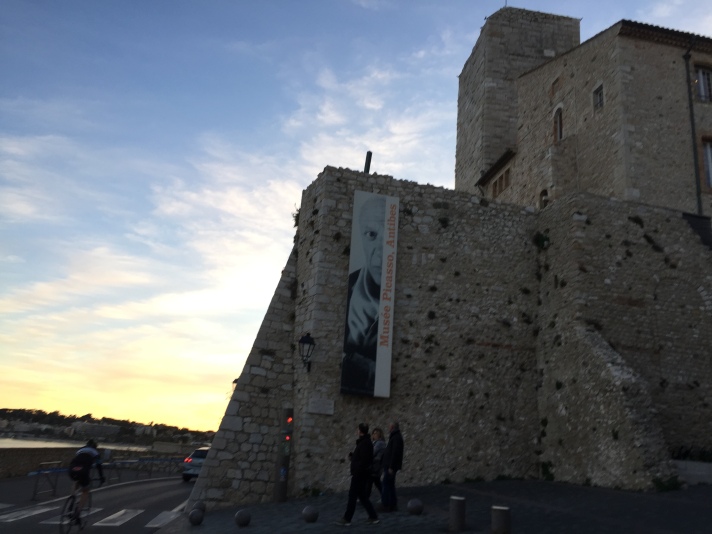 The museum basically has three main parts: the first floor — paintings by modern artists including Nicolas de Stael and Anna-Eva Bergman; the second floor — Picasso’s paintings, drawings and ceramics; and the terrace — sculptures of other well-known names with a magnificent view to the Mediterranean sea. I was a little disappointed that the museum was quite a modest collection of Picasso’s artworks, but at least it helped to shed some light into his life and what inspired him in Antibes.

In summer 1946, Picasso and his lover Françoise Gilot left Paris for the South of France and stayed in Golfe-Juan. Château Grimaldi had been made a museum at the time and housed archeological artifacts but still had vast free space, so the curator proposed to give the entire second floor to Picasso as his workshop. The result was that the artist spent the next two months living in the castle and producing numerous works of arts during his stay. 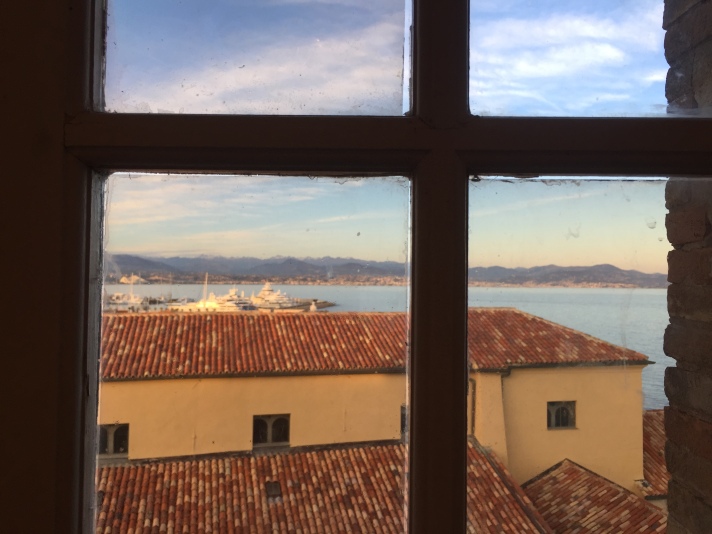 Among dozens of Picasso’s works on display, “La joie de Vivre” is one of the most iconic ones. The painting was made in 1946, the first year of peace in half a decade for Antibes and Europe as a whole (after the end of World War II ). Antibes people were free once more, and from what I can see, they seem to be having a little party on the beach…Two people were playing flutes or trumpets, surrounding two cheerful goats and a beautiful naked woman with long and wavy hair. You’ll feel the spirit of jubilation in this painting as well as other works of Picasso produced during this period.

The painter himself was having a good time too. At the age of 65, he was in love again — with Francois Gilot, a young and a talented artist. In his late years, Picasso remained tremendously productive with 23 paintings and 44 drawings within only two months in Antibes.

(I could not take pix inside the museum, I borrowed this photo from PaoloPicasso.org) 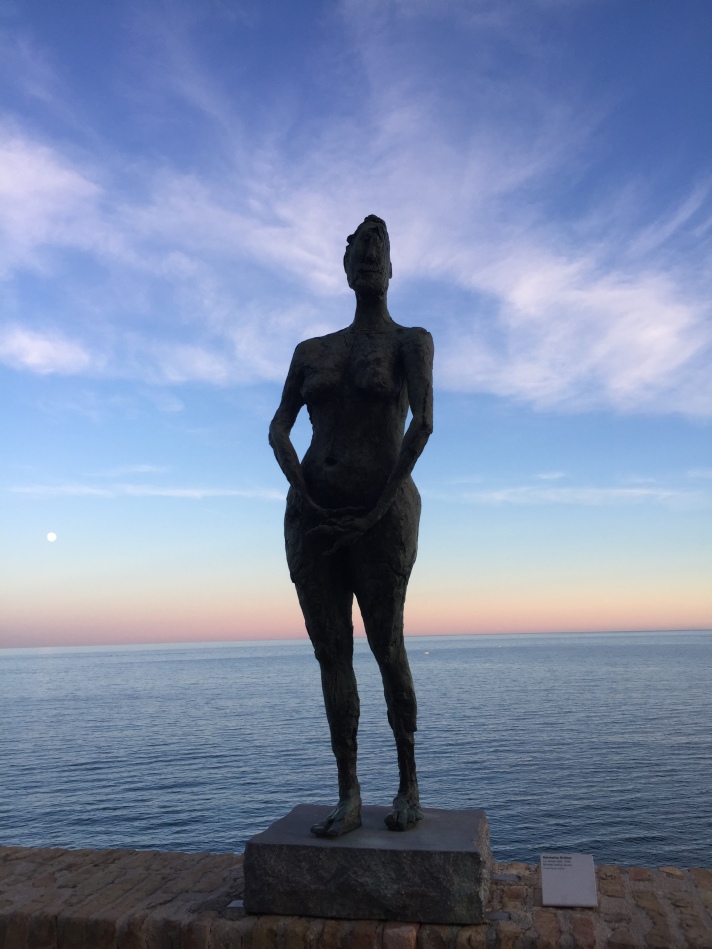 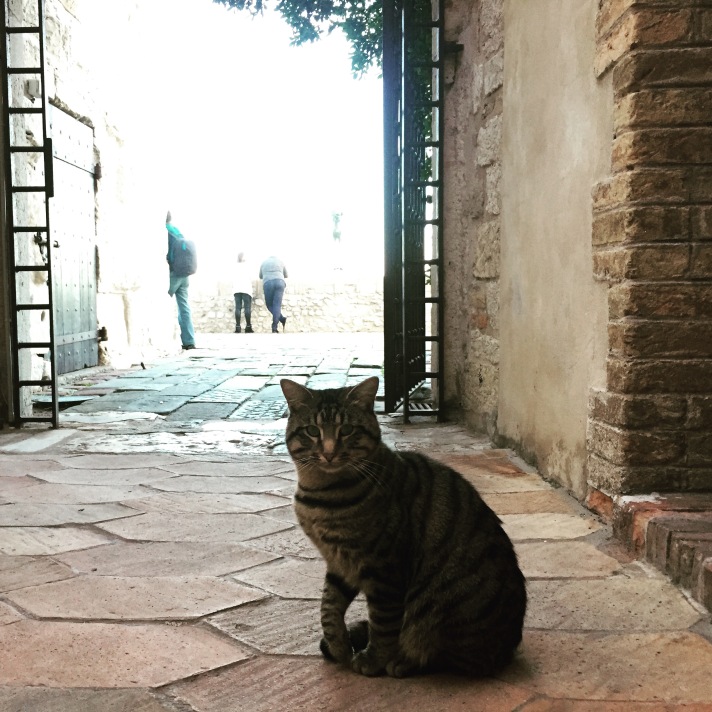 A cat on the inner courtyard — he looked straight to my camera and posed very naturally!