2016 was a special year to me with many big decisions made and a few bucket list items crossed. Here’s a quick trip down memory lane to recall the most unforgettable moments/experiences I had in the past year.

Feeling grateful for incredible opportunities to learn and grow, I still quit what used to be my dream job due to the amount of stress that was unable to bear. Michael Bloomberg said this in his autobiography “Think about the percentage of your life spent working and commuting. If you’re not content doing it, you’re probably a miserable person. Change it!”. After almost six years of work, I was free again to discover what else life holds for me. 🙂

#2 Sleeping on a hammock with the ocean view

I had a beautiful experience with the untouched islet of Peace, better known as Đảo bé An Bình which’s 30 mins from the main Ly Son island (central Vietnam) by boat. Nearly a hundred of households were living on the islet with very limited fresh water and electricity, making a modest living by fishing and selling garlic which can be harvested only once a year. Since there weren’t any hotels/hostels available, I chose to live with a homestay family and spent the night in a hammock in their backyard. Imagine having this incredible view (pic below) and smelling the salty ocean breeze as you wake up in the morning? Check out my post on how to get to Ly Son if you’re in Vietnam this summer.

Ba Vi was one of the best getaway trips I did last summer with my BFF. It took us nearly two hours to get there by motorbike from the noisy & polluted Hanoi, which sounds a bit slow for a 70km distance but well it was our first drive on the highway and we both wanted to return in one piece. Anyway, the road trip was very worthwhile with fresh cool air, greenery & cheap goat milk near the main gate of the park.

#4 Roaming the mountains and eating street food in Sapa

Sapa is a lovely mountain town near Vietnam’s northern border with China, which I have been to almost once a year after college. I returned there last September with two Hungarian friends and altogether we snaked around the 3,000m-high mountains by motorbike. One time we stopped by a rustic street food vendor near the silver waterfall to heat ourselves up and tried the coal roasted sticky rice in bamboo tubes. Typing these words I could already feel my mouth watering and seriously homesick!

I started blogging inconsistently nearly two years ago but it was more like a personal diary and never got any traffic. Only until September this year when I traveled to Europe, the excitement of being immersed in entirely new cultures and valuable learning experiences has prompted me to document this once-in-a-lifetime journey more regularly. Nearly 500 views per month are still modest but I got the chance to interact with really inspiring fellow bloggers and learned a great deal from them not just the way of writing, the word choice, the insightful knowledge but also their views of life and travel etiquettes. Also the growing number of subscribers, likes and comments have kept cheering me on, so THANK YOU for having been following me the past months.

The stay was shorter than expected but it was the best four months I’ve had in my twenty-seven years of life. I discovered Milan the local way and embraced the gems that tourists sometimes neglected, from the unfinished parish church in the heart of Navigli, free museums of Sforza castle to the century-year-old mermaid bridge inside Sempione park. Milan isn’t just about Duomo and swanky shops, it’s an artful and culturally rich city that one never stops being curious about. Check out some tips for budget travelers in Milan and my post about one of Milan’s under-rated attractions.

The Garzirola is a mountain of the Lugano Prealps on the Swiss-Italian border, two hours from Milan by car. It was my first and the most sweaty trek but very rewarding with the panoramic view of immense pastures against the backdrop of dazzling blue Mediterranean sky and lovely cowbell jingles. Here’s my post in case you haven’t read it yet.

#8 Being a first-time backpacker

I finally ticked this off my bucket list this year. Solo traveling around Europe wasn’t intimidating as it sounds. The month-long solo trip taught me so many skills and helped me to grow. Miss the night buses? Find a temporary shelter and catch the next one (don’t forget to ask for the refund later). Need safe couch-surfing? Look for really experienced hosts with +20 references but also prepare a plan B dorm bed a nearby. Feel lonely? Make friends on the road. Be open. Share. Not everyone you meet is trustworthy but let your inner sense decide!

#9 Capturing the bird over the sunset in Monaco

Spending only a few hours touring Monaco, I felt extremely blessed it rewarded me with this view of a bird standing on top of the watchtower in the Fort Antoine Theatre as the sun almost finished setting. By far this is my favorite photo among thousands I took this year. 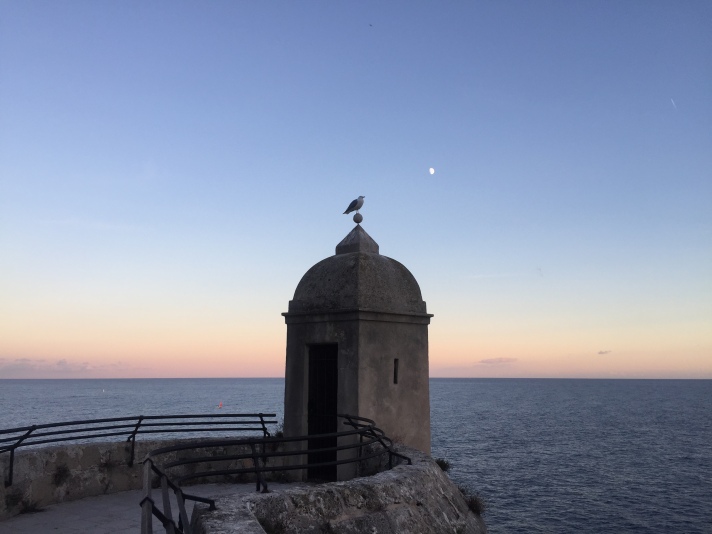 The overwhelmingly picturesque landscape of Sainte-Victoire mountain has obsessed the famous French artist Cézanne and accommodated Picasso in his last years of life, so I took a trip there out of curiosity. Another world of calm and greenery, it’s definitely worth paying a visit to the place where the greatest painters of all time found inspiration. Check out my tips on how to get there. 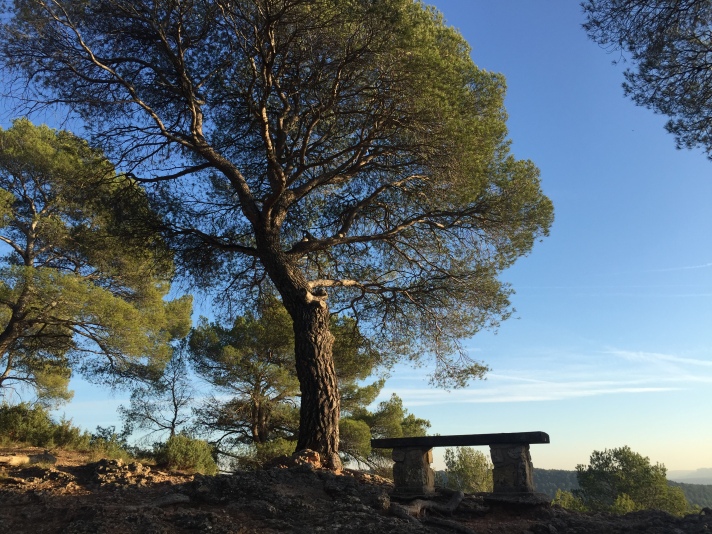 As a non-Christian, Christmas didn’t have much of a meaning to me but this time I decided to have it the local way. With the help of Youtube, I managed to cook a juicy roasted chicken for dinner before attending the Midnight Mass at Duomo Cathedral (though having no clue what the readings mean). Missed my story? Read it here.

#12 Winning a full scholarship to Auckland

Remember I said quitting my job was a right decision at the beginning of this post? The result of it was awesome months of traveling around Europe as well discovering my own country, stepping out of the comfort zone for new experiences and pushing till the end for a 100,000 euro scholarship that will bring me from Europe to the other side of the world. Eventually, everything fell into place and I got the best of both worlds. Now very much looking forward to another adventurous year in the land of Hobbits.