If you ever been to the ancient town Hoi An in central Vietnam, chances are you had left part of your heart on the iconic bridge housing a small shrine and featuring sophisticated Japanese architecture. The name is the Japanese bridge in case you don’t remember…But, do  you know it has a sister?

Tucked away in the lush greenery of the central park, this version of Japanese bridge is a hidden gem of our coastal central city. It’s a gift from Hoi An people to commemorate the sister-city relationship’s 55th anniversary last year. Often being away from home, I only came to know it a few days ago when restarting my jogging route after a long and lazy holiday season. 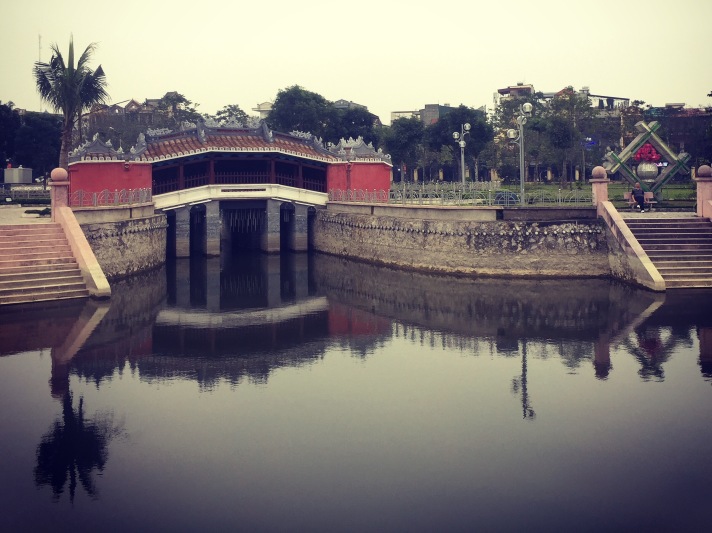 The copy (in Thanh Hoa) 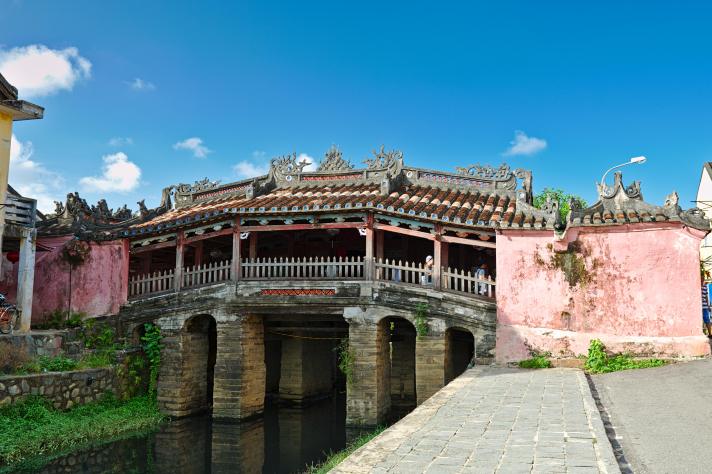 The original (in Hoi An) – photo courstesy of Wikipedia

The 75% scale copy sits on eight concrete piers in the middle of a small S-shaped pond. All of the furniture and sculptures were made by the people of Hoi An and transported all the way from the ancient town, while we built the concrete foundation, the piers and put everything together. At a quick glance this work offers the same appearance and character as the over-four-century-old original except that the wood fence was painted red instead of grey.

Ceramic plates adorning the pagoda-style roof of the bridge 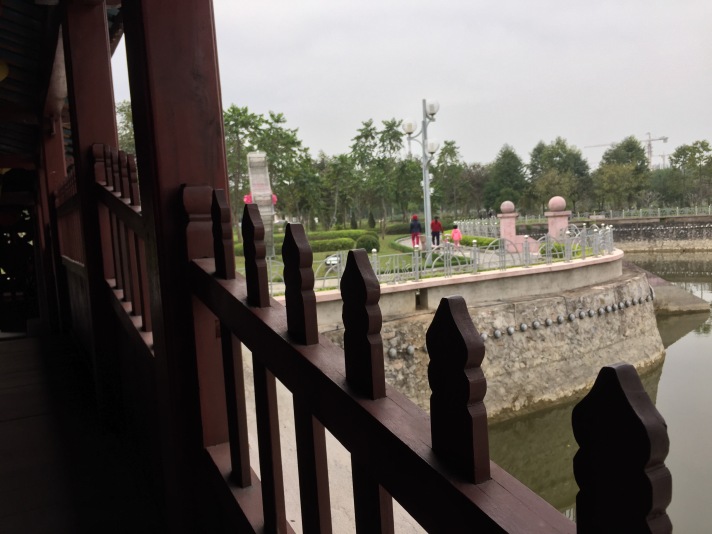 A lookout to the lake over the red painted fence 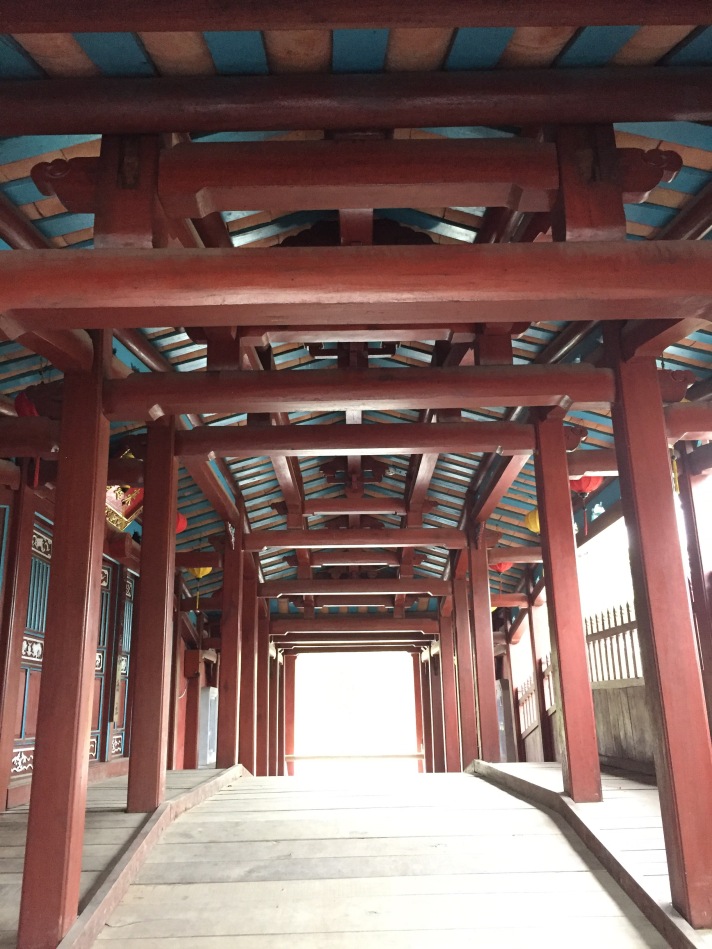 The wood pillars and walkway

Lantern, a symbol of Hoi An ancient town 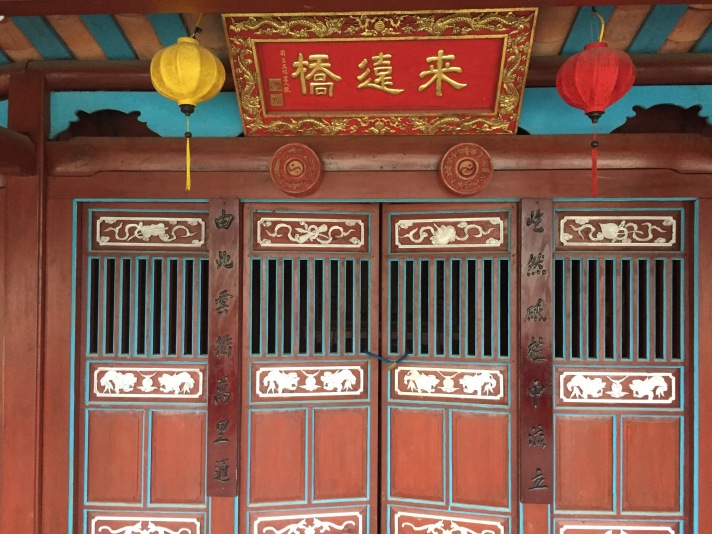 A shrine to Bac De Tran Vu, the Taoist deity of storms and weather

I was so fascinated by the bridge’s interior. The Japanese-style solid timber structures were dotted with dozens of red and yellow fabric lanterns and featured a little shrine to worship the Chinese God of Weather. Three Asian cultures meet in harmony. To give you a little background, the original bridge was built by the Japanese merchants when they came to the ancient town to live just next door to the Chinese people…

For now the shrine hasn’t been put into use so most of people I stumbled upon here are either morning runners or youngsters checking out a new photography location. Being a non-religious person I’m more interested the life-sized sculptures of monkeys and dogs guarding both ends of the bridge. There are four of them altogether, one pair on each side, wearing read scarfs and looking so calm. 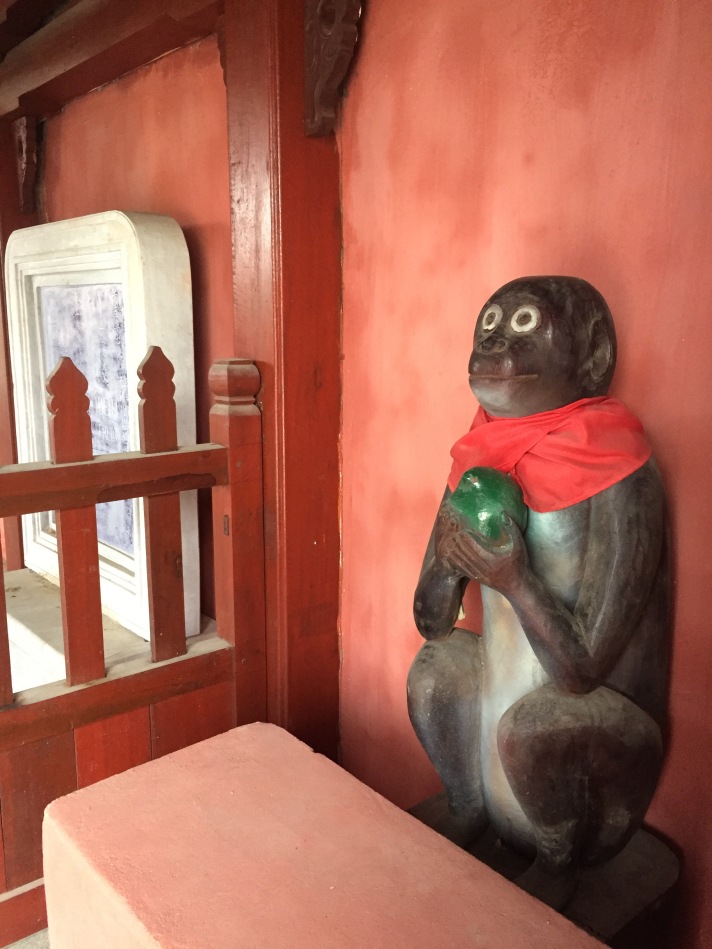 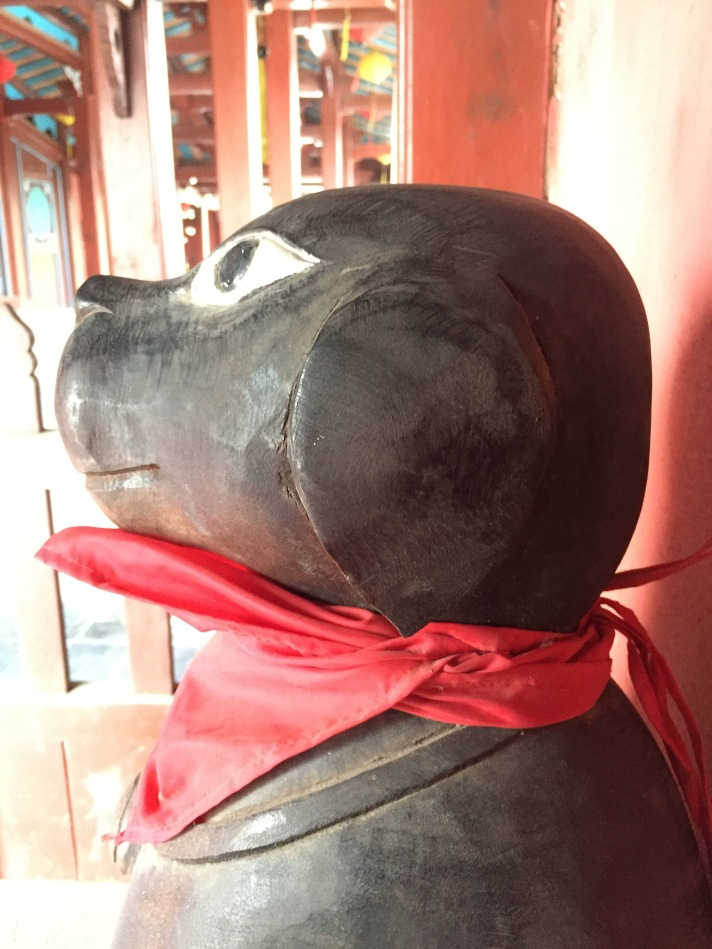 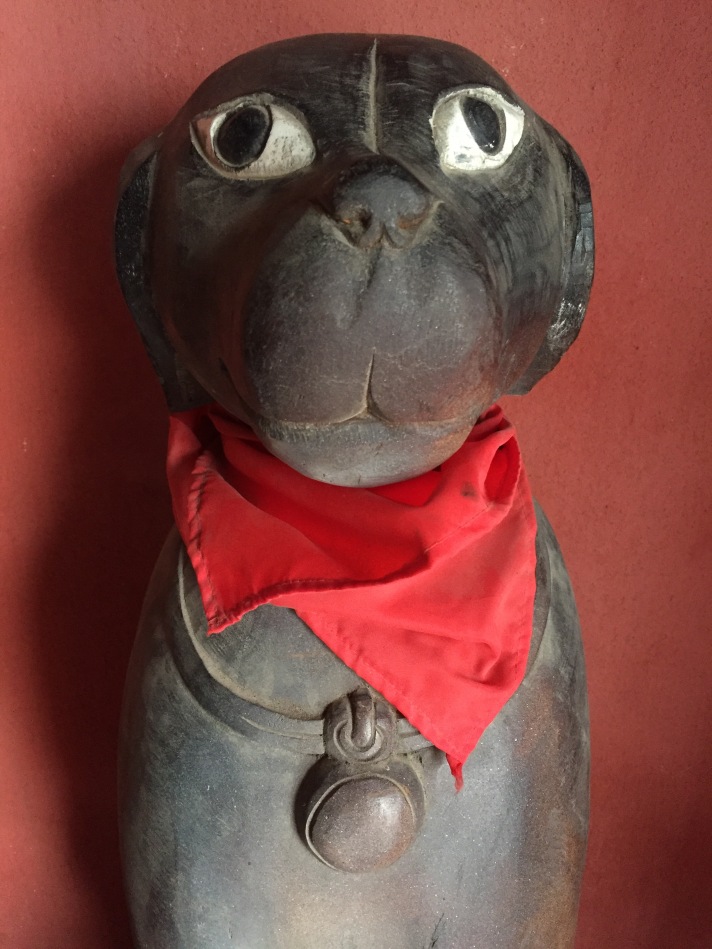 Monkeys and dogs are the patrons in the Japanese mythology, helping to subdue the giant ‘Namazu’ – the earth shaker and thereby protect people from nasty earthquakes. They are also worshipped as holy guardians in Vietnam and many other Buddist-dominated countries.

I know the chance is thin, but IF you happen to be in Thanh Hoa (an hour bus ride from Ninh Binh and three hours from Hanoi), why not check out the place? Look for ‘Công viên Hội An’, the biggest central park in the city, and go for a run around until you hit the red bridge. The entrance is free anyway. 🙂

4 thoughts on “The Japanese bridge”