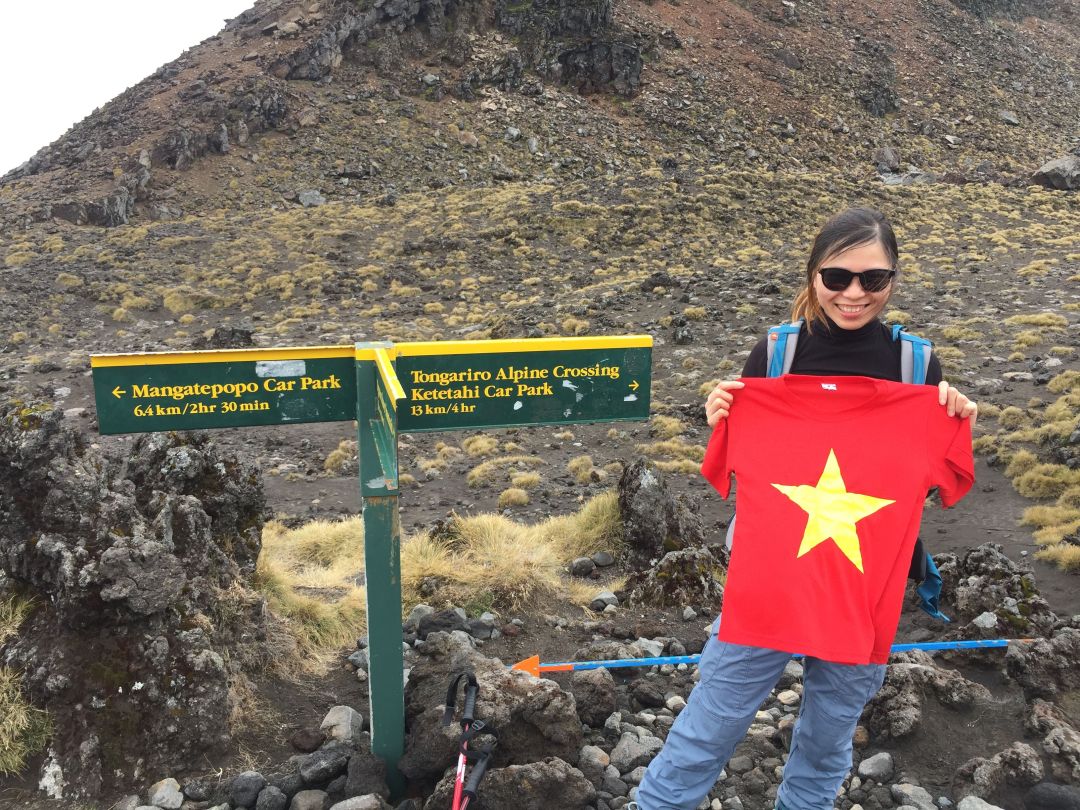 We set out for the State Highway 1 early in the morning, leaving the windows slightly open to smell the backcountry’s fresh air. It would be a long sweaty day and our first long trek since landing in this beautiful island country.

At 1100m altitude, the weather wasn’t great for photography but at least dry and breezy. From the carpark, we could see Mt. Ngauruhoe, a mere 2,500-year-old volcano on the southern edge of the Tongariro volcanic plateau. 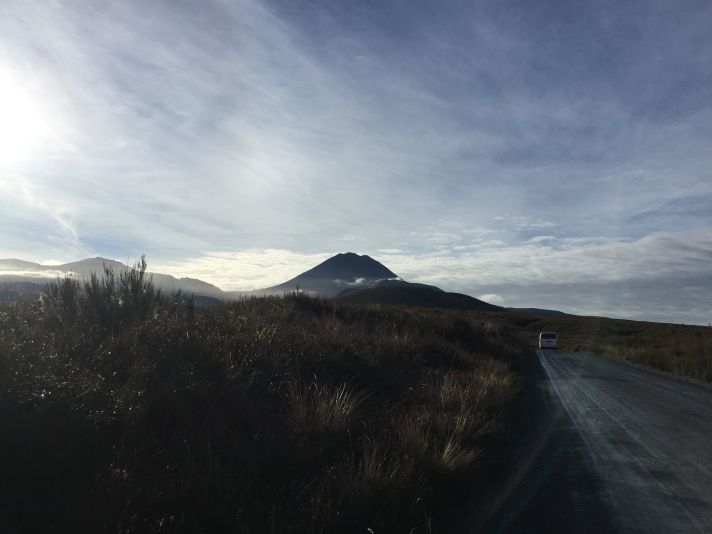 View of Mt. Ngauruhoe from the highway

The walks through the Mangatepopo valley was relaxing. We crossed a weaving walkway built in the middle of century-old lava flows and alongside a small stream. It was merely a warm-up because things got rougher at the end of the boardwalk. We ascended the steep and rocky terrains before entering a damp plateau between the volcanoes, then back to uphills again. The weather also changed constantly with dark clouds rolling in and out at times, causing some drizzle and slippery ground. The scene was wild and rugged from here. No more soothing sound of the stream, no more flowers or vegetation in the surroundings. Just a purely barren and craggy land. 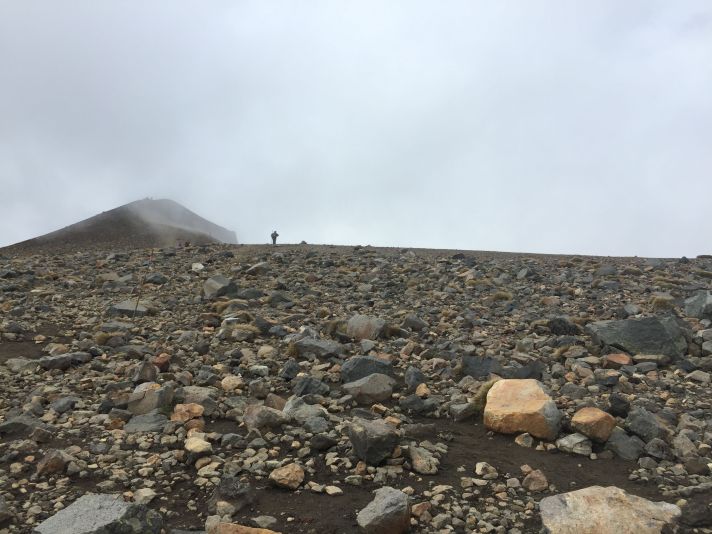 Following the marked route northwards we made it to Red Crater, the highest point of the Tongariro Alpine Crossing (1,886 m) around 1 o’clock in the afternoon. The visibility was quite poor. One minute the sky was clear and we could see the Emerald Lake down below, the next minute the view was gone. I wasn’t sure if the white thing on the lake surface was clouds or volcanic steams, but G insisted it was the latter. After a while, the wind started blowing very hard and heavier clouds blocked out all visibility, making it not so easy to approach the lake. We sat down at the Red Carter and waited for opportunities to admire Emerald’s beauty.