We camped at Arthur’s Pass village for a night and set out for the hike in Avalanche Peak the following morning. It was the first trek in our three-week road trip across the South island, so we were both determined to go for a scenic one.

From the altitude of 737m we made our way up through the Scott’s track. It would be six to eight hours return, not the longest trek we had taken, but I reckoned would be one of the sweatiest considering the harshness of NZ sun. It was mid-summer then, hot and sticky. Following the orange marks, we zigzagged uphill all the way through the tussock and beech forest. The whole track was steep and rocky, and almost windless. We reached the bush line around noon, where the track started to become extremely exposed. Rocks beneath our feet and shrubs on two sides. There wasn’t any shade to hide in really. Only the sun beat down on us.

Until that point there wasn’t much to see. The Punchbowl falls and neighboring mountains revealed themselves very early on but they weren’t strikingly beautiful. The only thing that motivated us was the view of Mt. Rolleston (2271m) at the end of the track. I know, as travelers we are always told to leave expectations at the gate, but having walked hours in that sheer rocky terrain, at least we had something to look forward to. 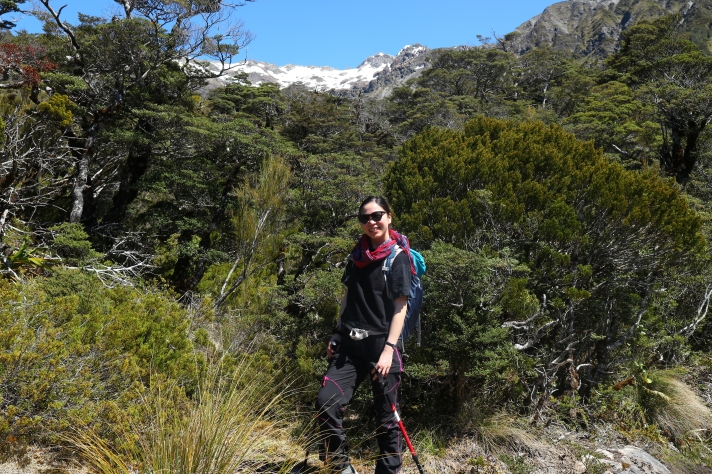 Finally we made it to the lookout point just before my knees wanted to break. It was still 200m till the summit of Avalanche Peak, but we decided to make a U turn there — of course after taking in the view of Mt. Rolleston just across the valley. The peak was indeed beautiful, or so it seemed — you know the feeling of claiming a reward after working so hard for it. But yeah, the fact that the whole mountain top was embellished with snow and the glacier atop made it simply extraordinary. Aspiring climbers are often fascinated by conquering its ridges, crossing the Crow glacier and so on. Amateurs like us wouldn’t mind admiring the highest summit of Arthur’s pass from afar, on this Avalanche Peak.

The wild is calling and I must go soon
Just an ordinary day in Trieste #tb
Just realized I haven’t gone on a trip for a while.
New Year catchup with my people @gianghong_nguyen @tramnn
Changes are for the better, you’ve got to believe so.
And soon they will become a family of four. How beautiful is that? You welcome someone new to your life, and your happiness isn’t going to be any less, instead it multiplies.
He’s turning two soon...
Mom 💙
‘Can I stay here a bit longer?’... ‘Stay forever’.
%d bloggers like this: